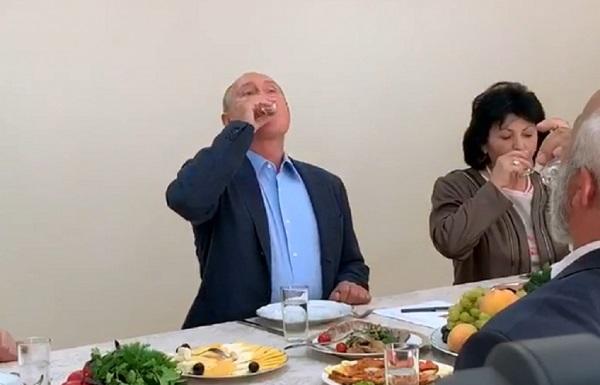 He will travel from Makhachkala, the capital of Dagestan to the Botlix district, and lay a wreath at the monument to the victims of the 1999 attack on the area where Shamil Basayev and Khattab's gang were killed.

Axar.az reports that Putin came to Botlix after being named interim prime minister in 1999 and said goodbye to one of the military tents here. Putin did not drink his vodka after this health and said he would drink immediately after the conflict was resolved.

During his visit, Putin drank the "vodka" he had kept 20 years ago.