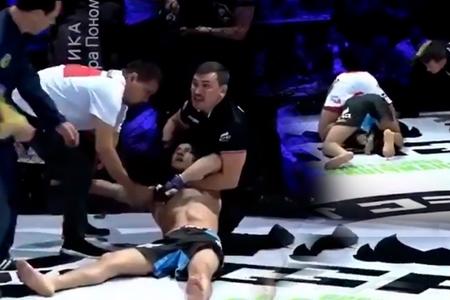 Believe me, Mubariz Ibrahimov has been declared a national hero in Azerbaijan, and now Rafael Abrahamyan is like him in Armenia.

I found out about the incident yesterday morning with a message from my athlete friends from Russia. On Sunday night, Rafael Abrahamian shared a video saying he had tragically beaten the Turkish warrior Batukhan Akduman. Believe me, Mubariz Ibrahimov is someone in Azerbaijan, and now Rafael Abrahamyan is declared a national hero in Armenia. As soon as I heard this news, I moved through Russia and spoke with Sergei Ermakov, President of the Russian Full Contact Martial Arts Federation. Through him I found Rafael. When I saw the name of the athlete beaten in the ad information before the match, I thought that the name was similar to Batukhan Akduman. I contacted the coach of the athlete, who was beaten through a Samara city organizational representative. I asked for an athlete's passport. Eight hours later, they sent a revised passport. The passport contains the code U24TUR. I learned that this code belongs to Turkmenistan, at the General Prosecutor's Office when I applied for this wrong news. So, using my name and career, they have made a 20-year-old Turkmen athlete fight with Rafael. Then I contacted Rafael and told him that what he was doing was irresponsible, that he would use my name and that he would be discourteousness in the world if he wouldn`t fight with me within 2 months.

I offered him " if you want, I will come to Armenia." First, he said that the city of Samara, Russia, would be more suitable and accepted the battle within two months. Later he chose Armenia. And I said that I would go to Armenia with my 20-man team, fight with him on December 15, and told him to set up the necessary contacts to avoid visa problems.