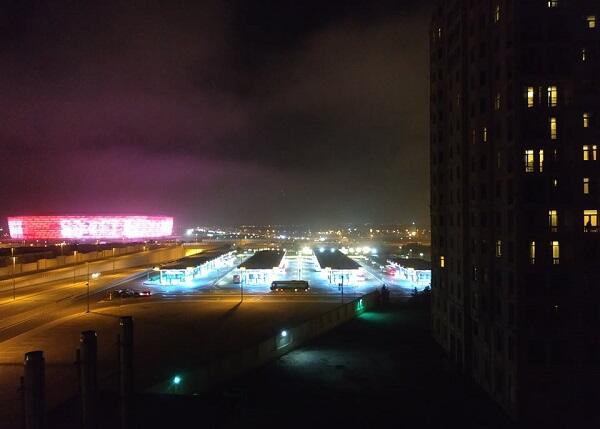 Azerbaijani citizens quarantined at the Athletes' Village in Baku have shown their love for "invisible heroes" - health workers.

Axar.az informs that, doctors and other medical staff were thanked at 21:00 by singing the national anthem in the building, which is mainly occupied by citizens from Turkey.

Employees of the Baku Olympic Stadium, located near the area, also supported the "invisible heroes" with slogans.