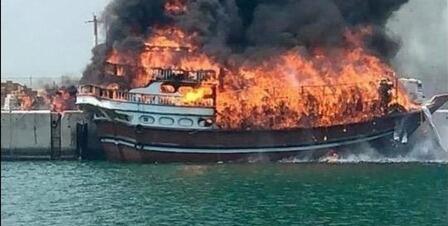 At least 7 ships on fire in southern Iranian port city of Bushehr, according to Iranian report. Reason for fires not given.

Axar.az reports citing foreign media that at least seven ships were on fire in the southern Iranian port city of Bushehr, Tasnim reported on Wednesday, adding that the cause of the fires remains unclear.

Efforts are underway to bring the fire under control, Jahangir Dehghani, the head of the crisis management organization for Bushehr province stated.

The incident follows a series of explosions which have rocked Iran in recent weeks.