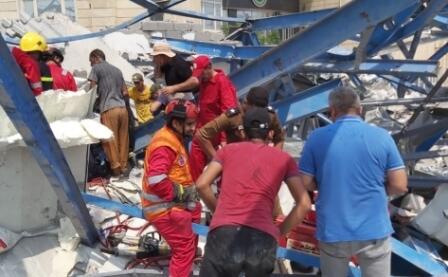 A tribune of a synagogue collapsed in the Israeli settlement of Givat-Zeev.

Axar.az informs this was reported by Kan radio.

As a result of the collapse of the tribune, the number of injured reached 132 people. At least one person was reported dead.

The condition of 10 of the wounded is serious.