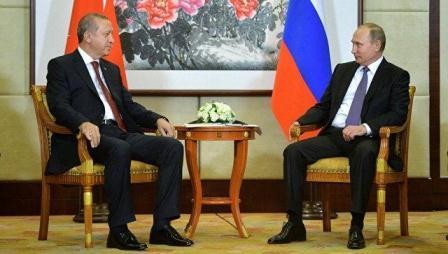 “As part of the preparation for today's visit, we spoke and are speaking about and aim to implement the Turkish Stream with our Turkish partners,” said Putin.

Earlier, Russian energy Minister Alexander Novak said that the intergovernmental agreement between Russia and Turkey on the construction of the Turkish Stream pipeline is virtually ready and the document may be signed Oct. 10 during the World Energy Congress in Turkey’s Istanbul.