All hospitals in East Aleppo out of action 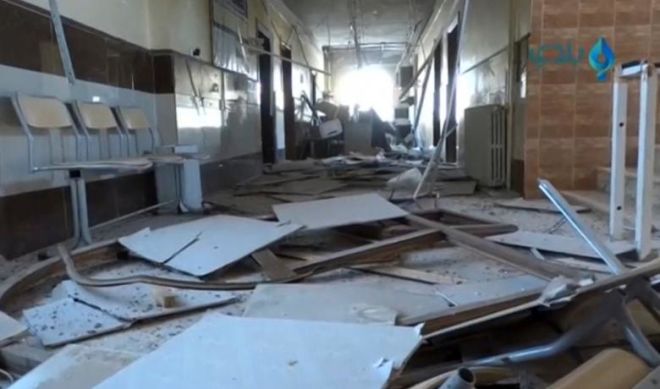 All hospitals in rebel-held eastern Aleppo are out of service after days of heavy air strikes on the besieged area of the Syrian city, its health directorate said late on Friday but a war monitor said some were still working.

"This destruction of infrastructure essential to life leaves the besieged, resolute people, including all children and elderly men and women, without any health facilities offering life-saving treatment ... leaving them to die," said the statement, sent to Reuters by an opposition official.

However, the Syrian Observatory for Human Rights, a Britain-based war monitor, said that some hospitals were still operating in the besieged parts of Aleppo but that many residents were frightened to use them because of heavy shelling.

Medical sources, residents and rebels in eastern Aleppo say hospitals have been damaged in recent days by air strikes and helicopter barrel bombs, including direct hits on the buildings.

Health and rescue workers have previously been able to bring hospitals put out of service by air strikes back into operation but a lack of supplies is making that harder.

Intense air strikes have battered eastern Aleppo since Tuesday when the Syrian army and its allies resumed operations there after a pause lasting weeks, and they staged ground operations against insurgent positions on the front lines of besieged areas on Friday.

Syrian state television said on Tuesday the air force had targeted "terrorist strongholds and supply depots" in Aleppo. Russia has said its air force is only conducting air strikes in other parts of Syria. The Damascus government describes all the rebels fighting it as terrorists.

Both countries have denied opposition accusations they have deliberately targeted hospitals and other civilian infrastructure during the war, which began in 2011 and was joined by Russia's air force in September 2015.

The war pits President Bashar al-Assad backed by Russia, Iran and Shi'ite militias against a medley of Sunni rebels including groups supported by the United States, Turkey and Gulf monarchies, as well as jihadist groups.