Turkey-Syria border wall to be 'completed' by mid-2017 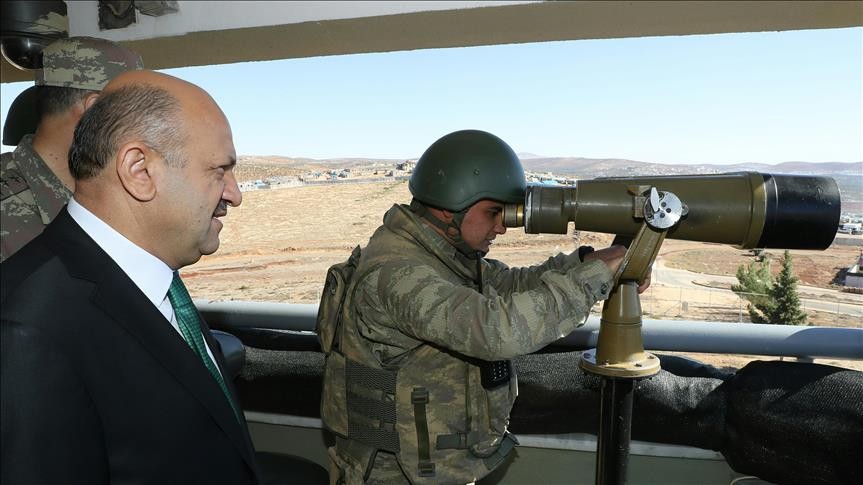 Construction of a concrete wall along the Turkish-Syrian border will be completed in the first half of 2017, Turkey's Defense Minister Fikri Isik said Wednesday.

Speaking during a visit of the border units in the southern province of Hatay, Isik said that almost 270 kilometers (167 miles) of the wall had been completed so far.

The minister said the construction of 200 kilometers (124 miles) of the remaining 520 kilometers (323 miles) had started.

"85 kilometers (52 miles) of the border is [part of Euphrates and Tigris] rivers for which we will take different measures," he said.

Turkey shares a 900-kilometer (559 miles) border with Syria, which has been embroiled in a civil war since 2011.

The Turkish Armed Forces are boosting security on the Turkish side by putting up concrete walls to stop illegal crossings and, on the Syrian side with coalition air forces, through Operation Euphrates Shield.

Turkish Armed Forces units are erecting the modular walls along the Turkish-Syrian borderline between Suruc district of Sanliurfa and Karkamis district of Gaziantep.

Syria has been locked in a vicious civil war since early 2011 when the regime of Bashar al-Assad cracked down on pro-democracy protests.