Cops were beaten by school children 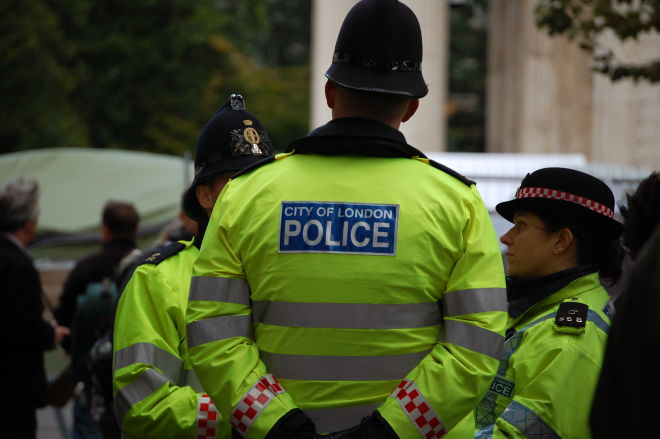 Two London police officers have been “viciously” attacked by a group of up to 30 schoolchildren.

Scotland Yard said the Metropolitan Police officers were on a routine patrol in Lewisham when they approached the children and “noticed a large knife being concealed by a young male”.

They attempted to search the boy but one of the officers was punched in the face several times by the other children, causing him to fall to the ground.

His female colleague then stepped in to help but was she too was punched in the jaw.

The male officer was taken to hospital with “serious bruising” after the youths repeatedly kicked him in the head while he was lying in the floor.

Police said a 15-year-old male was arrested at the scene on suspicion of actual bodily harm and has since been bailed to a date in mid-December.

The attack took place on 9th November at around 4.00pm and detectives have now appealed for information and witnesses as they attempt to find those responsible.

Officers believe a number of members of the public witnessed the attack and recorded it on mobile phones. They are requesting these people come forward and speak to police.

Detective Sergeant Jenny White, of Lewisham Police, said: "I'm appealing to anyone who witnessed this shocking attack on two officers to come forward and speak with us, particularly anyone with mobile phone footage of the incident.

"It happened at a very busy time of the day and there would've been a large number of people in the area.

"These officers go to work every day to keep the public safe and this demonstrates the dangers the police can face while carrying out these duties."

The attack came just days after another Met officer was hospitalised after being attacked during a drug raid on a cannabis factory in East London.

The male officer was hit repeatedly in the head after trying to stop a 42-year-old man fleeing the scene.

At the time Detective Sergeant Mike Baines of Tower Hamlets police said: “This is another one of many examples of officers putting themselves in harm's way to catch and detain violent suspects. The man involved did not hesitate to attack police.”