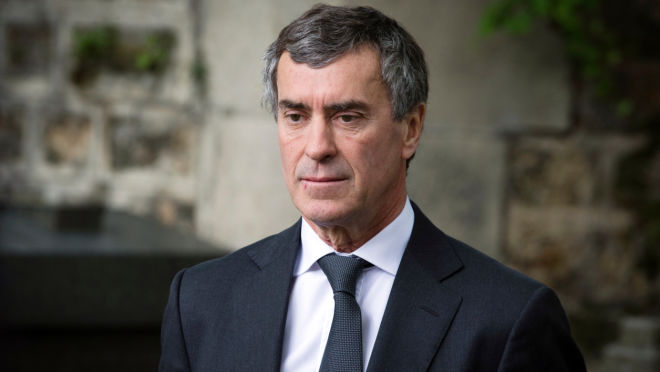 Former French budget minister Jerome Cahuzac was sentenced Thursday to three years in prison in one of the biggest political scandals of President Francois Hollande's government.

A Paris court ruled that Cahuzac was guilty of tax fraud and money-laundering for hiding his wealth in tax havens around the world. The court said Cahuzac committed irregularities "of an extraordinary and rare seriousness."

Cahuzac, who has also been banned from running for office for five years, can appeal the ruling and will remain free in the meantime.

Cahuzac and his ex-wife Patricia Menard have acknowledged owning illegal foreign bank accounts for two decades. They have already paid 2.3 million euros ($2.5 million) in back taxes to French authorities. Menard was sentenced to two years in prison for tax fraud.

As budget minister, Cahuzac led efforts in France to crack down on tax evasion.

The scandal fueled public mistrust of traditional politicians and demands for more transparency, issues that are surfacing in the upcoming French presidential election.