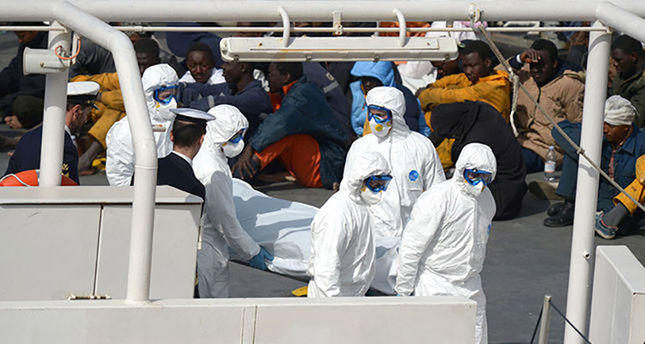 Rescuers saved around 300 migrants from rubber and wooden boats in the Mediterranean on Wednesday but recovered six dead bodies during the operations, the Italian coastguard said.

Axar.az informs, coastguard and naval ships as well as two privately owned tugs rescued the people from four boats in the central Mediterranean, the coastguard said in a statement. It gave no details on the nationalities of those saved or those who died.

Most of the more than 4,700 deaths in the Mediterranean counted by the International Organization for Migration so far this year were reported in crossings to Italy from Libya, where traffickers have taken advantage of lawlessness to set up profitable businesses.