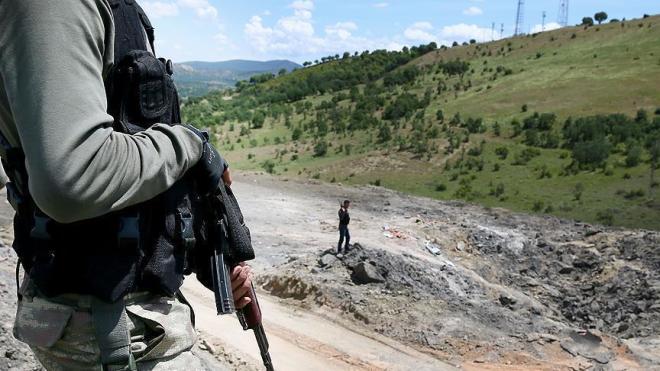 A total of 11 PKK terrorists have been "neutralized" in anti-terror operations in Turkey's eastern and southeastern provinces over the past week, according to the military.

The Turkish General Staff said on Saturday that the terrorists were killed in the provinces of Hakkari, Sirnak, Diyarbakir, Mardin, and Bitlis.

The PKK – listed as a terrorist organization by Turkey, the U.S., and the EU – resumed its decades-old armed campaign in July last year.

Since then, more than 300 civilians and nearly 850 security personnel have been martyred. Around 9,000 PKK terrorists have been killed or apprehended.

The statement added that a total of 225 residential areas and 1,860 square kilometers (718 square miles) between Jarabulus and Azaz in northwest Syria were taken under control as part of Operation Euphrates Shield.

Since the launch of the operation, Turkish explosive ordnance disposal teams have neutralized 2,208 handmade explosives and 42 mines in areas rid of Daesh.