Terror does not threaten only Turkey 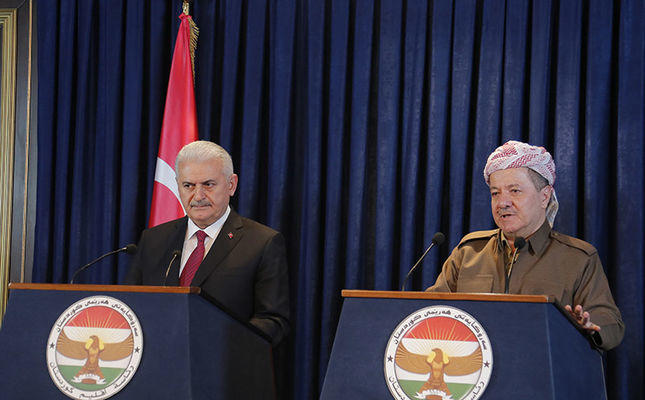 Turkish Prime Minister Binali Yıldırım said Sunday that terrorist groups are not only a threat to Turkey during his press conference in the northern Iraqi city of Irbil with Kurdistan Regional Government (KRG) leader Masoud Barzani.

Yıldırım said terrorist organizations such as the PKK, Daesh or the Gülenist Terror Group (FETÖ) threaten not only Turkey, but also Iraq, Syria, and the whole region.

The Turkish Prime Minister also referred to his trip to the Iraqi capital city of Baghdad where he met his counterpart Haidar al-Abadi on Saturday, and said his visits to both Bagdad and Irbil have been productive.

''We can sum up the subjects discussed during my stay in Iraq as more cooperation against terrorism, and the boosting of bilateral trade and investments,'' Yıldırım added.

Yıldırım also called on the international community to provide Turkey with more support in the ongoing operations in northern Syria against the Daesh terror group.