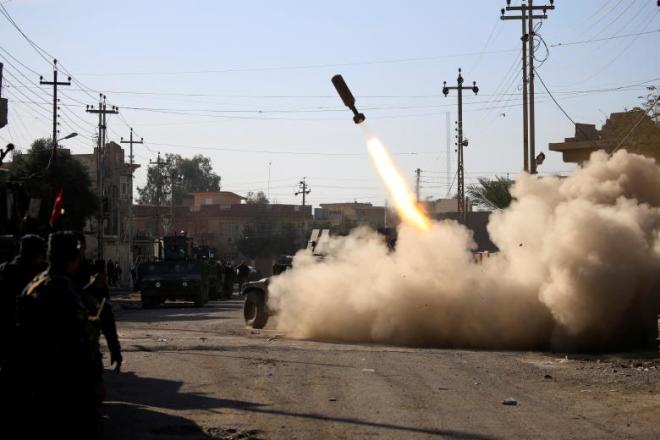 Iraqi special forces pushed forward to reach a second bridge that links eastern Mosul to the city's west, which is still fully controlled by Islamic State, a military statement said on Friday.

Troops further north meanwhile battled to try to seize the strategic Mosul University area, capture of which would help parallel advances towards bridges over the Tigris river, a Reuters correspondent nearby said.

Iraqi forces have now reached two of the bridges, after fighting their way to the southernmost 4th Bridge several days ago.

All the bridges have been hit by U.S. coalition air strikes in an effort to hamper Islamic State militants' movement across the city. U.S. and Iraqi military officials say Islamic State has caused further damage to at least two of them to try to hamper any Iraqi advance across the river.

Iraqi forces are now in control of most of eastern Mosul. Assaults on the west, which Islamic State still fully holds, will be able to begin once they have secured the east bank of the Tigris.

In Mosul's northeast, CTS forces battled to drive militants out of the Mosul University area, the Reuters reporter in a neighboring district said.

An Iraqi officer said army units backed by air strikes had meanwhile taken control of Hadba district, north of the university, and would aid the assault on the complex.

The recapture of the university would enable further advances because it overlooks areas closer to the river, a commander said this week.

The ultra-hardline group seized nuclear materials used for scientific research from the university when they overran it in 2014, the United Nations says.

Mosul's recapture will probably spell the end of the Iraqi side of its self-style caliphate, which the group declared in 2014 in vast areas spanning northern Iraq and eastern Syria.