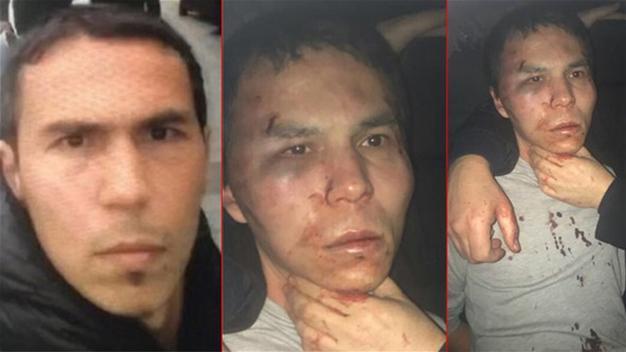 The Islamic State of Iraq and the Levant (ISIL) jihadist who attacked the Reina nightclub in Istanbul’s Ortaköy neighborhood on Jan. 1 has told police that he “doesn’t regret his actions.”

“I would do it again,” ISIL militant Abdulkadir Masharipov, who was caught by police on Jan. 17 in Istanbul’s Esenyurt district, said in his testimony, adding that he got the order to stage the attack, which killed 39 people and wounded 65 others, from Raqqa via the Telegram smartphone app.

Raids were carried out at more than 30 addresses across Turkey, including addresses used by the jihadists to recruit and send militants to warzones in Syria. Some 200 people, mostly of foreign origin, were detained in these operations, including critical names linked to ISIL.

Police also said the $197,000 seized in the anti-ISIL operations were the sum of the money confiscated in all of the raids, and not from Masharipov’s address alone.

Masharipov said three ISIL militants took his four-year-old son from him while he was staying in Silivri in order for the child to not become a “drawback.”

“When I was in Silivri, someone came to me. They told me: ‘You are being searched for everywhere. The child will be a drawback, we are taking him. We will give him back to you when you are leaving Istanbul,’” he said in his testimony.

Police operations to apprehend the three ISIL militants and Masharipov’s son are ongoing. It was alleged that the ISIL militant’s son was taken to Istanbul’s Pendik district, but he could not be found in the pre-determined addresses.

It also previously emerged that Masharipov managed to escape from police after the attack in Istanbul’s Bakırköy district by opening fire, and police are currently searching for the second person in the car in that shootout.

Masharipov’s formal interrogation has not started yet and he cannot be taken to a hospital for health checks due to security concerns. Instead, officials at the police headquarters have checked his health.

Elsewhere, it has emerged that the explosives Masharipov had planned to use to carry out a suicide attack were seized by police in an operation in a raid in the southeastern province of Gaziantep on Dec. 30, 2016, in which 20 people were also detained.

Meanwhile, Ali Jameel Mohammed, who was also caught alongside Masharipov, has told police that the Reina attacker had planned to move to Silivri before heading to the northwestern province of Çanakkale in order to escape.

He planned to stay in Çanakkale for a night and then planned to head to the western province of İzmir before heading to the southern province of Hatay. From there, his aim was to cross the border and reach Raqqa.