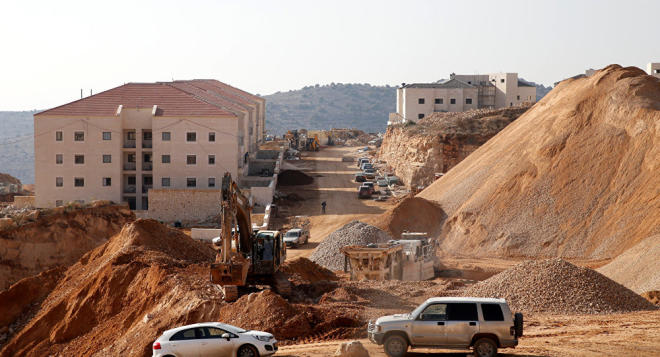 Axar.az reports that, a Palestinian boy walks past graffiti painted on Israel's controversial separation barrier in the Aida refugee camp situated inside the West Bank town of Bethlehem, on February 12, 2016.

In December 2016, the UN Security Council passed a resolution calling on Israel to immediately cease all settlement activities in the West Bank and East Jerusalem, with which Israel has so far refused to comply.

Earlier this week, Israel approved the construction of another 2,500 housing units in the areas disputed by Palestine.