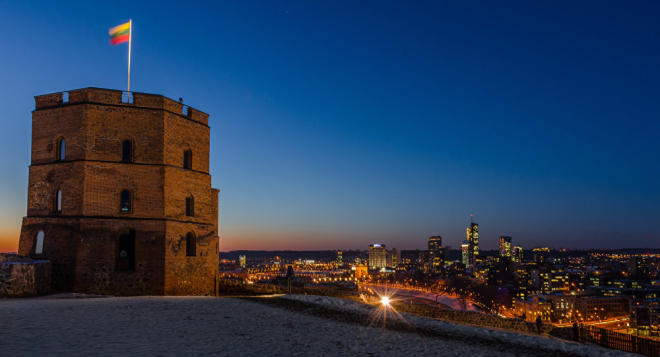 Lithuanian lawmaker Linas Balsys has suggested that the European Union should think seriously about how to take the Russian exclave region of Kaliningrad away from Moscow's jurisdiction and 'return' it to Europe, saying that recent Russian actions have shown that the borders formed after the Second World War have lost their legal force.

Axar.az reports that, Balsys made the proposal last week at a conference called 'The World in 2017: The View from Vilnius', Lithuanian news portal Baltnews.lt reported.

The lawmaker suggested that Russia lost its legal right to the Kaliningrad Region after Moscow's 'annexation' of Crimea, and now the status of the territory formerly known as East Prussia needs to be discussed at the international level.

"Time has run out for Kaliningrad," Balsys declared, speaking before conference delegates in the Lithuanian capital. "Kaliningrad was not given to Russia in perpetuity, either at the Potsdam Conference or at Helsinki. It was [only] said that the region would be put under Soviet administration until a final European peace agreement is signed," he suggested. Accordingly, Balsys added, European officials should discuss how to 'return' the former German territory to Europe.

Balsys isn't the first Lithuanian politician to propose taking Kaliningrad away from Russia. Earlier, Laurynas Kasciunas, a lawmaker from the Homeland Union party, proposed something similar.
Asked to comment on Balsys' remarks, Duma lawmaker Gennady Onishchenko told Russia's LifeNews news website that the Lithuanian MP should have his head examined.