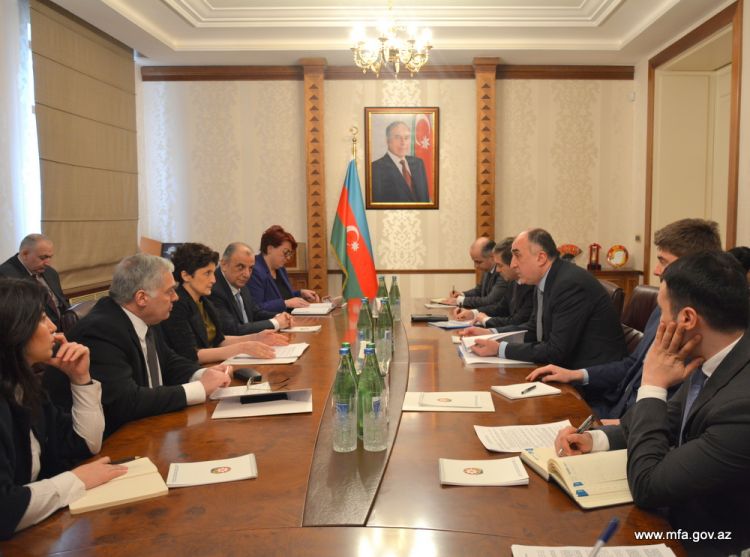 Axar.az reports that, Fikrat Mammadov emphasized fruitful friendly relations and cooperation between the two countries. He singled out the role of the heads of the states in the development of these relations.

Minister Mammadov recalled meeting with his Georgian counterpart at high-level international conferences and forums and underlined great prospects for strengthening of judicial relations.

The minister provided insight into wide-scale court and legal reforms carried out under the leadership of President Ilham Aliyev, including transparent election of judges in Europe, use of electronic courts and activity of administrative justice.

He also spoke about transparency in the justice system, encouragement of open government, public participation, as well as fight with corruption, including “ASAN Service”.

Tea Tsulukiani underscored development of relations between the two countries in various directions and bilateral support within the international organizations.

The two exchanged views on the prospects of cooperation between the ministries of justice of the two countries, including improvement of legislation, development of civil society, use of Mediation Institute.

Georgian ambassador to Baku Teymuraz Sharashenidze was also present in the meeting.