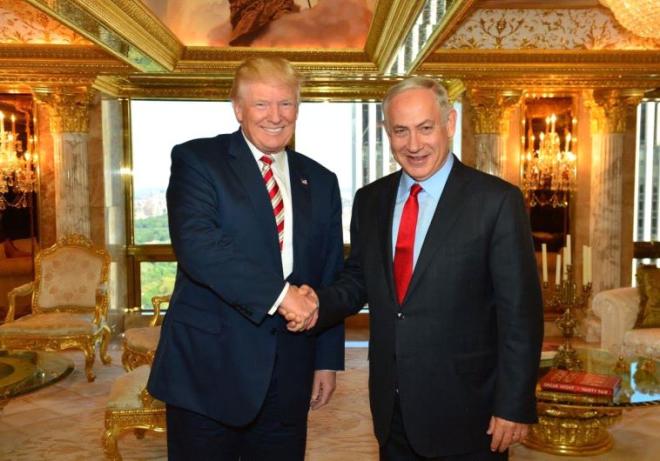 President Donald Trump spoke by telephone with Israeli Prime Minister Benjamin Netanyahu Monday, according to officials for both leaders.

The pair had a wide-ranging conversation that addressed, in part, the recent wave of anti-Semitic attacks in the U.S. and the threat Iran poses to the Middle East.

According to a readout of the call provided by the White House, Trump and Netanyahu "discussed the need to counter continuing threats and challenges facing the Middle East region. The Prime Minister thanked the President for his comments at the beginning of his speech before the Joint Session of Congress condemning anti-Semitism."

Netanyahu's office posted a series of tweets providing a bit more detail about the phone call.

"The two leaders spoke at length about the dangers posed by the nuclear deal with Iran and by Iran's malevolent behavior in the region," the Office of the Prime Minister tweeted, adding, "PM Netanyahu and @POTUS also discussed the need to work together to counter those dangers."

According to Israel's Haaretz newspaper, the phone call came in the middle of a police questioning of Netanyahu at his home in Jerusalem, related to suspicions of corruption. Netanyahu left investigators for 30 minutes to talk to Trump, before returning to continue the questioning, Haaretz reported.