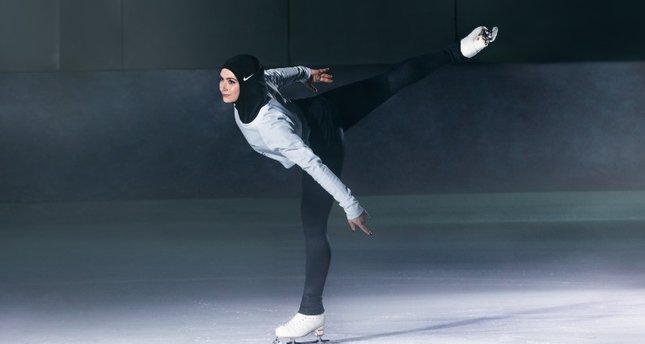 Nike announced the first specially-designed performance hijab on Tuesday to increase the number of women among the Muslim society embracing sport.

Axar.az reports that, the design named the "Nike Pro Hijab" is a product of 13-month work, and is made from lightweight polyester that features 'tiny holes for optimal breathability'. The new head cover will be available for sale in the 2018 spring season.

'The Nike Pro Hijab may have been more than a year in the making, but its impetus can be traced much further back, to an ongoing cultural shift that has seen more women than ever embracing sport.", Nike said in a statement.

A spokesman for the company said, 'What we heard was that women were looking for a lightweight and breathable solution that would stay in place without concern of shifting.'

The announcement was followed by a Nike commercial showing Arab women fencing, boxing and spinning on ice-skates that was aimed to smash stereotypes about women leading home-bound lives in the conservative region.