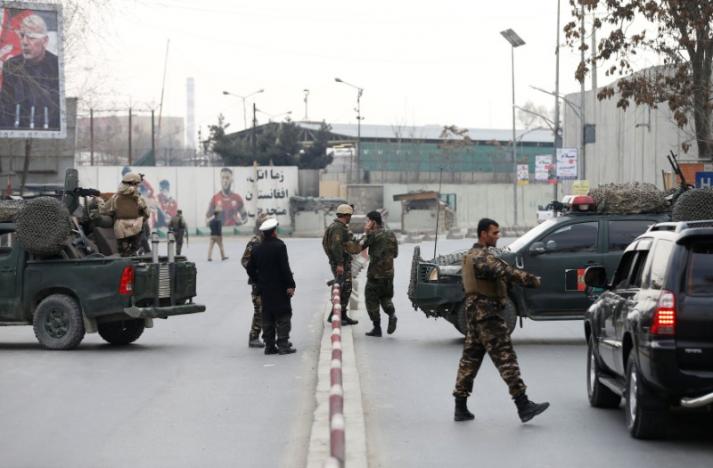 Gunmen, including at least one dressed as a doctor, attacked a military hospital close to the U.S. embassy in the Afghan capital Kabul on Wednesday and were engaging security forces inside the building, officials and witnesses said.

A security official said the attack began with an explosion at the rear of the 400-bed Sardar Mohammad Daud Khan hospital and three to five attackers with automatic weapons and hand grenades entered the complex.

He said they had taken position on the third and fourth floors of the hospital and were engaging special forces units which had been sent to the scene.

The attack on the hospital, across the road from the heavily fortified U.S. embassy, underlines warnings by government officials that high profile attacks in Kabul are likely to escalate this year as the Taliban step up their insurgency.

One worker at the hospital, Abdul Qadir, told Reuters that he saw one gunman, dressed in a white doctor's coat, take out a concealed AK-47 assault rifle and open fire, killing at least one patient and one hospital worker.

He also heard firing from several other points of the hospital, which treats military casualties from around Afghanistan.

The area around the hospital, near a busy traffic intersection, was blocked off by security forces.

The attack comes just a week after dozens were killed and wounded in coordinated attacks on a police station and an office of the intelligence service in Kabul. That attack was claimed by the Taliban, who are seeking to expel foreign troops, defeat the U.S.-backed government and reimpose Islamic law after their 2001 ouster.