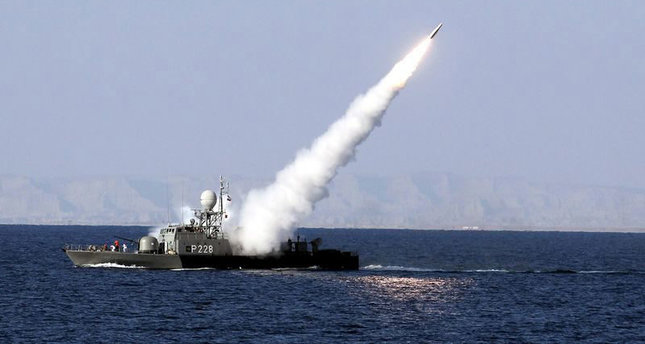 "We have this week tested the Hormuz-2 missile," the Fars and Tasnim agencies quoted the commander of the air wing of the elite Revolutionary Guards, General Amir-Ali Hadjizadeh, as saying

"The missile succeeded in destroying its target 250 kilometres (155 miles) away," in the Gulf of Oman, Hadjizadeh added.

According to the local news agencies the new Hormuz-2 missile has a maximum range of 300 kilometres.

The missile test was carried out at a time of heightened tension between Iran and the United States.

On Wednesday a senior Revolutionary Guards official accused the United States of provoking tensions after two separate incidents in the Gulf last week.

"A US Navy ship crossing the Strait of Hormuz changed its international route and approached to within 550 metres of Revolutionary Guards' boats in an unprofessional way," Mehdi Hashemi told the Guard's website Sepahnews.

He said actions by the United States and the United Kingdom in recent days showed they have "harmful, illegitimate and provocative objectives".

The Pentagon on Monday blasted the "unprofessional" behaviour of the Iranian navy.

The spike in tensions follows the inauguration of Donald Trump as US president.