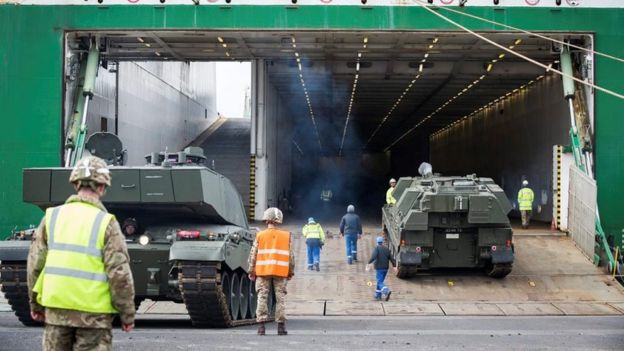 The first of 800 UK troops being sent to bolster Nato defences in the Baltic have arrived in Estonia.

Axar.az reports that the 120 soldiers from the 5th Battalion The Rifles will set up a UK headquarters in the country before the remaining troops arrive in April.

The defence secretary said they would deter "Russian aggression". The UK is taking a leading role in Nato's "enhanced forward presence" operation, aimed at reinforcing the alliance's eastern border.

Tensions between Estonia and Russia increased as a result of the Ukraine conflict, which resulted in the annexation of Crimea by Russia in 2014.

Commander of the battalion Lt Col Mark Wilson said the British force would "integrate into the Estonian defence force, and bolster their capabilities". He added that it was important for the UK to show solidarity with its Nato allies.