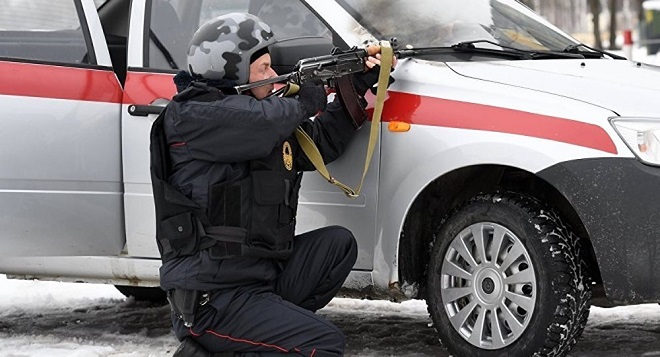 Russia's Investigative Committee reported detention of an attacker on the Russian Guard's garrison in Chechnya. The authority's press service says "one of the attackers has been detained - he is Ibrahim Jamalov, 21, living in Chechnya's Naursky district."

Axar.az reports that "The detained has confessed," the press service said.
Investigators continue identifying the other attackers.
According to the National Antiterrorist Committee a group of six militants attacked a facility of a Russian Guard unit in Chechnya at 02:30 on March 24. In the clash six guardsmen were killed and three others were injured. In the retaliatory fire six attackers were killed.
Russian President Vladimir Putin described the terrorists’ attack in Chechnya as a gruesome event and ordered providing the required assistance to the families of those killed.