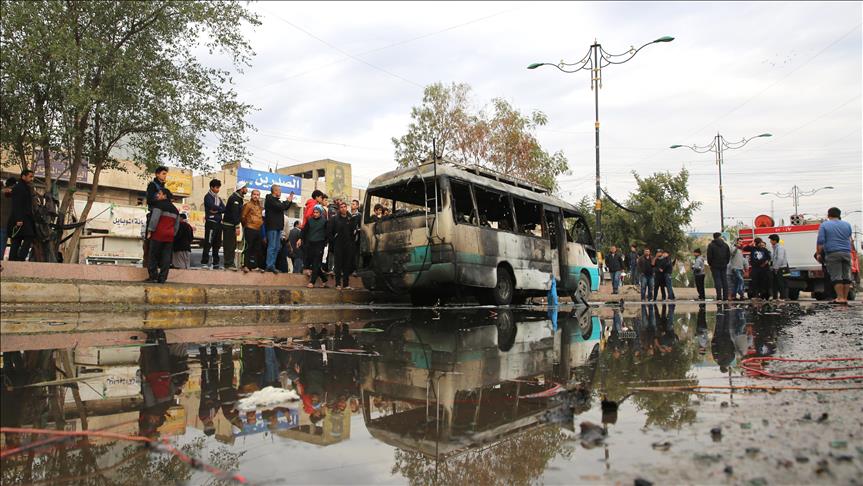 At least three people were killed Wednesday when a roadside bomb went off amid a group of construction workers in Baghdad’s western Al-Washash district, according to an Iraqi police source.

"A device planted on the side of the road exploded Wednesday morning near a group of construction workers lining up for day jobs, killing three and injuring seven," Baghdad Police Captain Nazhan al-Kader told Anadolu Agency.

Iraqi security forces had since cordoned off the area, he added, without providing additional details or speculating as to who was responsible.

No group has claimed responsibility for the deadly attack, but bomb attacks have become commonplace in the Iraqi capital in recent months.