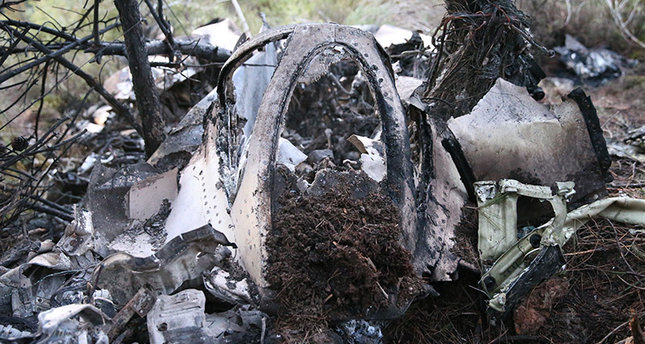 A Turkish court Friday detained the pilot of a Syrian military jet, which crashed near the Turkish-Syrian border last month, after his treatment in a hospital.

Syrian national Mehmet Sufhan, 56-year-old pilot, was found alive after ejecting safely when the aircraft was allegedly shot by the opposition group as it took off from Lattakia to strike Idlib on Mar. 4.

The judicial source, who spoke on condition of anonymity due to restrictions on talking to the media, told Anadolu Agency the pilot was detained on charges of espionage and violation of border security.

The pilot was found after a nine-hour search and rushed to Hatay State Hospital after the authorities had received a report of plane crash near the village of Yaylacik in central Antakya, 35 kilometers (22 miles) from the Syrian border.

The pilot had suffered a broken backbone as well as face and leg injuries, but had not been in a critical condition.