Minister was killed by guards 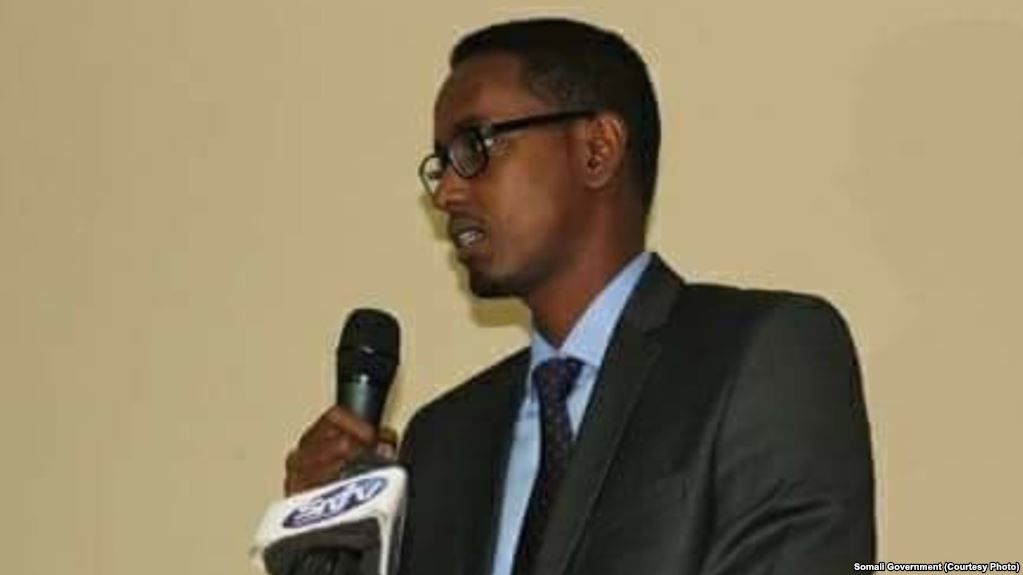 The Somali government said it was investigating the killing Wednesday of the public works and reconstruction minister, who was shot by another government official's bodyguards.

Witnesses told VOA Somali that Siraji was hit by gunshots fired from a vehicle in which Auditor General Nur Jimale Farah was riding.

Farah told VOA Somali that his bodyguards suspected a vehicle behind them was transporting a suicide bomber. The vehicles were about 500 meters from the Presidential Palace when the bodyguards opened fire, Farah said.

At 31, Siraji was the youngest minister to serve in the cabinet that Prime Minister Hassan Ali Khaire announced in March. He was among the first Somali refugees to return to the country last year from the Dadaab refugee camp in Kenya, where he grew up. His family had fled to the camp when he was a child, following the collapse of the Somali state in 1991.

Siraji got his primary and high school education in Dadaab. He received his university education in Garissa and Nairobi; he studied computer science, according to information he gave to the government. Siraji returned from the camp to Kismayo in 2011.

Last month, Siraji spoke at the TEDx event in Mogadishu, where he discussed his upbringing and move into politics. He told the audience he grew up under difficult circumstances in the Dadaab camp.

"At the beginning there was no housing, no water, no school, no health center, no electricity," he said.

During the TEDx talk, Siraji said that when he returned to Somalia, he connected with young people and mobilized them by discussing what they could do to rebuild their country. He asked the audience to ask themselves, "What can you do for your country?"