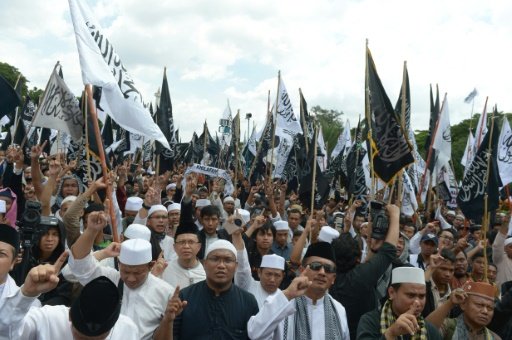 Indonesia said Monday it would disband the local branch of radical Islamist group Hizb ut-Tahrir, as concerns grow about hardliners in the world's most populous Muslim-majority country.

Hizb ut-Tahrir, which calls for Islamic law and wants to unify all Muslims into a caliphate, has been operating for decades in Indonesia and has a large following.

While most people practise a moderate form of Islam in Indonesia, fears have been growing about the influence of radicals -- particularly after mass protests last year against Jakarta's Christian governor which were led by hardliners.

"(HTI's) activities... could threaten public security and order and endanger the unity of Indonesia," added the minister, who like many Indonesians goes by one name.

He said authorities would go to court to get the group dissolved but insisted that the decision did not mean the government was against all Muslim organisations.

Hizb ut-Tahrir, which has branches around the world, is already banned in several countries. It could not immediately be reached for comment.

The group regularly stages protests, and some of its members were involved in the demonstrations against Jakarta governor Basuki Tjahaja Purnama. The Indonesian branch often demonstrates against the United States.

Purnama last month lost the election for the next Jakarta governor to a Muslim challenger after the mass protests, which were triggered by claims he insulted the Koran.

He was put on trial for blasphemy over the allegations and will be sentenced Tuesday.