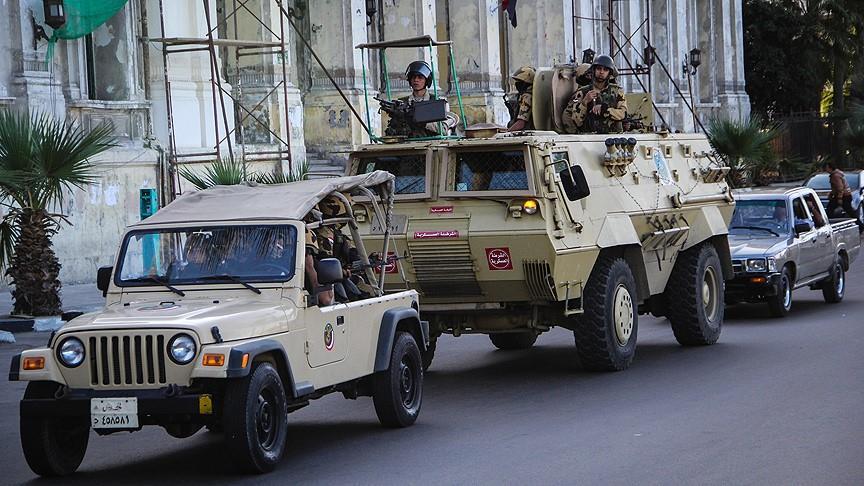 Thirteen armed tribesmen were killed in an attack by unidentified gunmen in the northern city of Rafah in Egypt’s Sinai Peninsula, according to eyewitnesses and a local security source.

Local eyewitnesses told that attackers in a passing car had opened fire on a group of armed tribesmen from Sinai’s Al-Tarabin tribe late Wednesday in the village of Al-Barth south of Rafah city.

The Al-Tarabin tribe is one of the largest Bedouin tribes of the Sinai Peninsula, which shares borders with both Israel and the Gaza Strip.

The attack left 13 armed tribesmen dead, while two others were abducted by the attackers, according to eyewitnesses, who spoke anonymously due to fears for their safety.

A local security source who spoke to Anadolu Agency on Thursday confirmed the attack, for which he blamed the ISIS terrorist group.

The same source, who spoke anonymously due to restrictions on speaking to media, said the son of a prominent tribal elder had been among those abducted during Wednesday’s attack.

Since mid-April, the area around Rafah city has seen several armed clashes between militants -- said to be linked to ISIS -- and pro-government tribal fighters.

Sinai has remained the epicenter of a deadly militant insurgency since mid-2013, when Mohamed Morsi -- Egypt’s first freely-elected president and a Muslim Brotherhood leader -- was ousted in a military coup.

Since then, hundreds of Egyptian security personnel have been killed in militant attacks across the volatile peninsula.

The Egyptian authorities say they are battling the Welayat Sinai ("Province of Sinai") group, which is alleged to have links with ISIS.