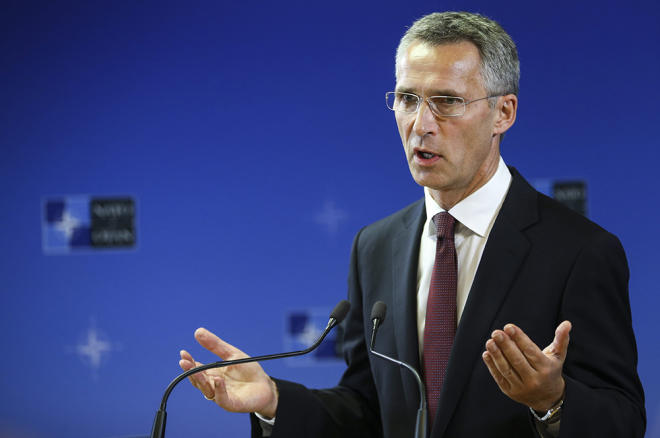 NATO will continue its support for the global coalition fighting Daesh but will not engage in combat operations in Syria or Iraq, the alliance's Secretary General Jens Stoltenberg said Thursday.

Axar.az reports citing to Anadolu Agency addressing a joint news conference alongside German Chancellor Angela Merkel in Berlin, Stoltenberg said fighting international terrorism will be one of the main topics of an upcoming summit of NATO leaders in Brussels on May 25.

Asked whether NATO will officially join the global coalition against Daesh, as suggested recently by the U.S. according to media reports, Stoltenberg said discussions were currently underway among NATO member states.

Stoltenberg said NATO members were likely to reach a decision on the issue at their Brussels summit, focusing on providing support to the global coalition with intelligence and training.