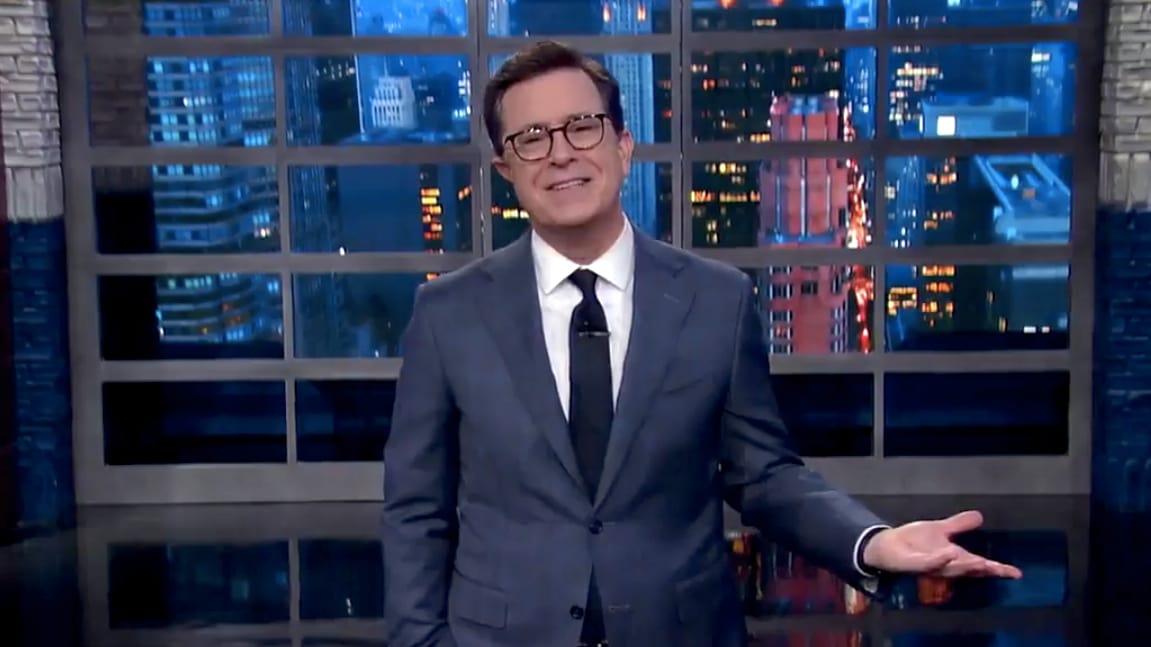 The war of words between Stephen Colbert and President Donald Trump won’t be ending any time soon.

On Monday night, hours after The Washington Post broke the news that Trump had, during a bout of Oval Office bragging, disclosed “highly classified information” to the Russian foreign minister and Russian ambassador—the latter a noted spymaster and key figure in the Trump-Russia counterintelligence probe, whose clandestine meetings with numerous Trump officials during the election led to the firing of former National Security Adviser Michael Flynn and the recusal of Attorney General Jeff Sessions—the Late Show host called on Trump to resign.

“I have something to say here. Donald Trump, if you’re watching, first of all: You’re a bad president. Please resign,” said Colbert to heavy applause from the crowd.

Colbert’s call on Trump to resign comes on the heels of a very public back-and-forth between the late-night comedian and the commander in chief, with the former getting in a bit of hot water for making an off-color joke about the president (“the only thing your mouth is good for is being Vladimir Putin’s cock holster”) and the president calling the comic “filthy” and a “no-talent guy” in an interview with Time magazine. The “filthy” remark was especially rich given Trump’s history of offensive language, including his “grab them by the pussy” tape, and Colbert’s standing as a Sunday-school teacher.

Following Trump’s comments, Colbert, as is his wont, first refused to apologize, saying of the president, “I believe he can take care of himself,” and then took a victory lap after Trump fired back, having successfully needled the pussy grabber-in-chief.