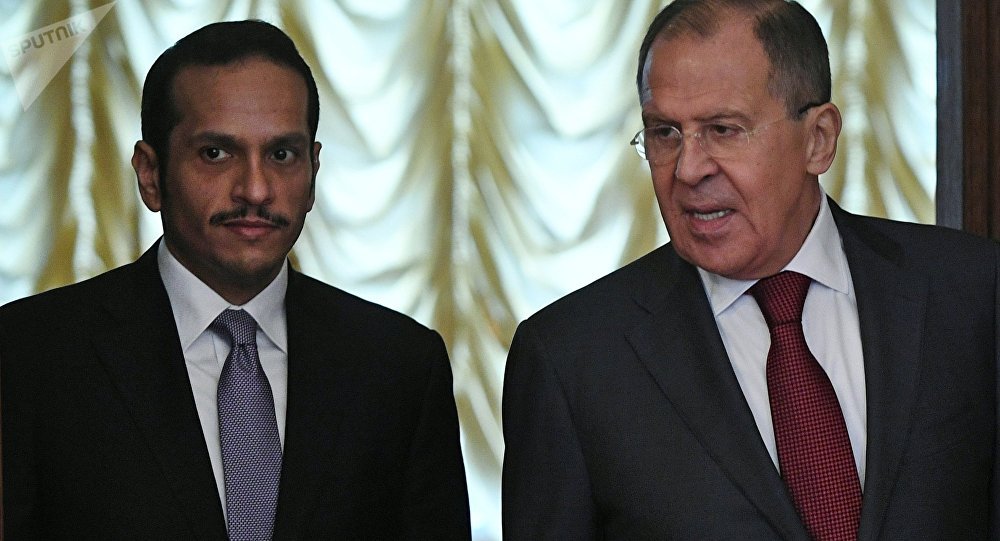 Russia will continue dialogue with Qatar on all issues that are of interest to both countries, including the recent escalation of tensions in the Arab world, Russian Foreign Minister Sergei Lavrov said Saturday during a meeting with Qatari Foreign Minister Mohammed Al Thani.

Lavrov expressed Russia's concern over the escalation between Qatar and some Arab states.

"The reports about this escalation, the steps taken by some Arab countries on severing ties with Qatar raised concerns," the Russian foreign minister told his Qatari counterpart.

"Today, we will continue the dialogue between our countries on all issues of mutual interest. For sure, among these issues, there will be recent escalation of situation in the Arab world," Lavrov said.

On June 5, Bahrain, Saudi Arabia, Egypt and the United Arab Emirates severed diplomatic relations with Qatar. The states accused Qatar of supporting terrorist groups, particularly the Muslim Brotherhood terrorist movement, as well as of interfering in other countries' domestic affairs. Libya made a similar decision. Yemen cut diplomatic relations citing Doha's links with Houthis.
The Maldives took the same step, citing extremism and terrorism concerns. Mauritius joined the boycott. Mauritania broke off diplomatic ties with Qatar while Jordan downgraded ties with the country on June 6. The Comoros joined the campaign on June 7.

The Qatari Foreign Ministry rejected the accusations of Doha's interference in other countries' domestic affairs and expressed regret over the decision of the Gulf States to cut off the diplomatic ties with it.