Champs-Elysees attacker was supportive of ISIS 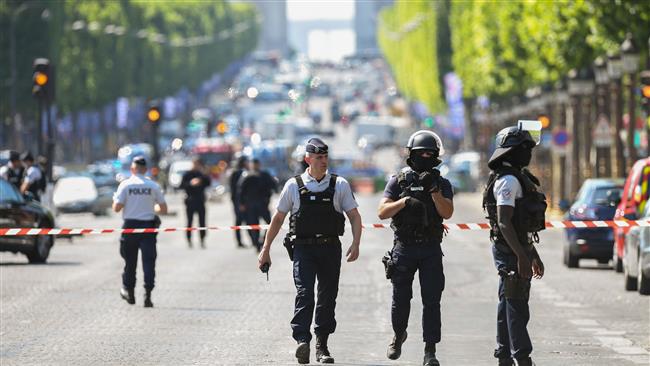 A source close to French investigators has revealed that the man responsible for a recent attack on police forces in Paris was supportive of the ISIS Takfiri terrorist group.

The source said on Tuesday that Adam Djaziri, who rammed his car into a police van in Paris' Champs-Elysees avenue a day earlier, had expressed his support for ISIS in a letter of allegiance to the leader of the terrorist group.The source said Djaziri had addressed the letter to his brother-in-law by which he had pledged allegiance to Abu Bakr al-Baghdadi, the notorious leader of Daesh who is believed to be ruling the group somewhere in Iraq or Syria.

Djaziri, 31, had been on a French watch list since 2015. He was killed on the scene of the attack in Champs Elysees. Police found handguns and a Kalashnikov-style assault rifle in his car. A later search carried out in his house also led to the discovery of a weapons stash.

Djaziri wrote the letter long before he carried out the attack in Paris. He claimed in the letter that he was amassing weapons to pose himself as a shooting enthusiast so that no one could know about his "double game." The father of the attacker, who was detained after the attack on Monday, said his son practiced shooting as a sport. Other sources close to the probe said Djaziri had registered nine weapons including pistols and an assault rifle.

The attack in Champs-Elysees, the most famous avenue in Paris, comes as France still suffers from sporadic terror attacks more than a year after terrorists killed 120 people in a matter of night in Paris. ISIS, which claimed the attack in November 2015, has mainly targeted prestigious tourist sites in Paris and other cities.