Obelisk to Soviet WWII prisoners to be unveiled in Vienna 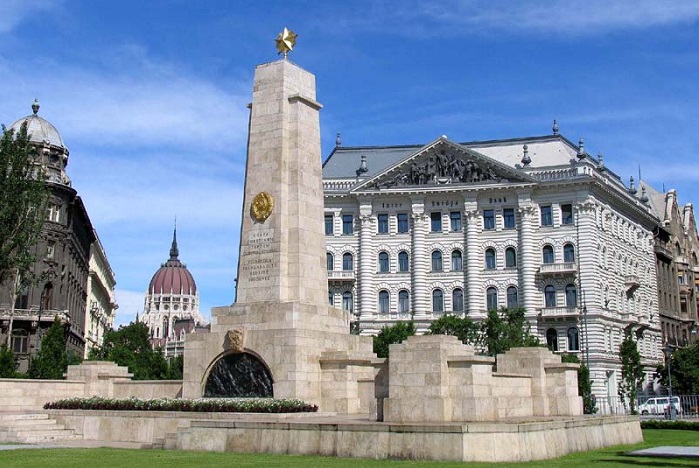 An obelisk to Soviet prisoners of war who died in the Austrian capital in 1941-1945 will be unveiled at Vienna’s Central Cemetery on June 22, when Russia marks the Day of Remembrance and Sorrow.

The obelisk will be placed at gate No10 where graves with remains of 198 Soviet citizens were found. Until now, the site has featured a grassplot levelled after World War II.

Yulia Egger, president of the Memory Research Center, told TASS the center’s activist have managed to identify 183 of those buried here.

The Russian Military History Society is implementing a program of placing monuments in memory of Soviet WWII soldiers in Russia and European countries. As part of this program, it initiated the Vienna obelisk project to commemorate Soviet soldiers who fought against Nazism and died in Austria. The 3.6-meter tall obelisk, made of concrete, was taken to Vienna from Russia. The Austrian interior ministry made the pedestal and helped mount the obelisk.

Vienna’s Central Cemetery is home to graves of famous musicians, politicians and actors. It also has a grave of Soviet soldiers who were killed while liberating the city from the Nazi in 1945. However, the burial site of Soviet prisoners of war at gate No10 has stayed forgotten as there have been no tombs above ground.

Remains of Soviet prisoners of war were found during excavation works at gate No10 in 1980. Documents related to this burial are kept at Vienna’s Archives. The Austrian interior ministry confirmed that there is a burial at this site. Activists of Memory Society found out that this is a burial of Soviet citizens. They identified those buried here and are now trying to find their relatives. However only four families have been found.

There are more than 300 Soviet WWII military cemeteries and memorial sites in Austria. Under an agreement between Austria and member states of the anti-Hitler coalition, namely the Soviet Union, the United States, the United Kingdom and France, Austria is obliged to respect, protect and maintain on its territory graves and monuments to soldiers and prisoners of war from the countries that were at war with Nazi Germany.

Russia marks the Day of Remembrance and Sorrow on June 22 as it was on that day back in 1941 that Nazi Germany attacked the Soviet Union without declaration of war.