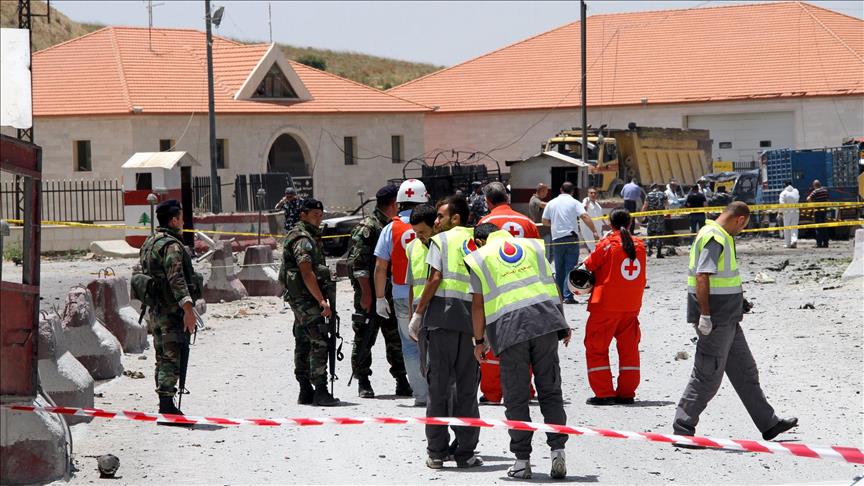 At least seven troops were injured in a spate of suicide bombings and bomb attacks in two refugee camps near border with Syria, the Lebanese army said Friday.

In a statement, the army said a bomber blew himself up during a military raid on el-Nour camp in the eastern town of Ersal, injuring three soldiers.

Three other bombers detonated themselves in the camp with no injuries reported.

Meanwhile, four soldiers were injured in another suicide bombing in el-Qaariya refugee camp in the town, the military said.

The army said Friday's operation aimed to search for militants and weapons in the area.

Ersal has been the scene of violent clashes between security forces and militants since the outbreak of Syria's civil war in 2011.

In 2014, at least 17 soldiers were killed and scores injured in clashes with militants in the town.

There are around 70,000 Syrian refugees living in Ersal after fleeing the civil war back home.

Lebanon is hosting more than one million refugees from Syria, which fell into a devastating civil war after the Bashar al-Assad regime violently suppressed pro-democracy protests.