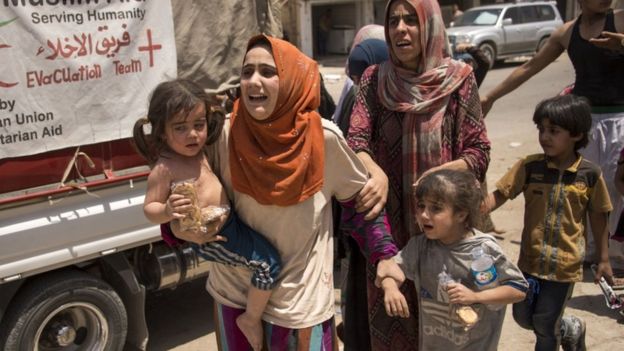 Eight children and four women have been evacuated from Iraq and Syria back to Russia by a plane that landed in Chechnya’s capital Grozny, correspondent reported on Friday.

Axar.az reports citing TASS that, "There are twelve people onboard. These are Russians, Tatars, Bashkirs, Chechens and Kazakhs," a spokesman for the Chechen leader in the Middle East and North Africa, Ziyad Sabsabi, said.

Among them is a Chechen woman with three sons, a citizen of Tver with her son and one young woman from Tyumen with her son.

A woman from Kazakhstan with three children is also onboard the plane.

The regional public fund named after Chechnya’s late President Akhmad Kadyrov has provided funding for the mission to bring Russian citizens back home.