Kenya opposition leader says he will not share power 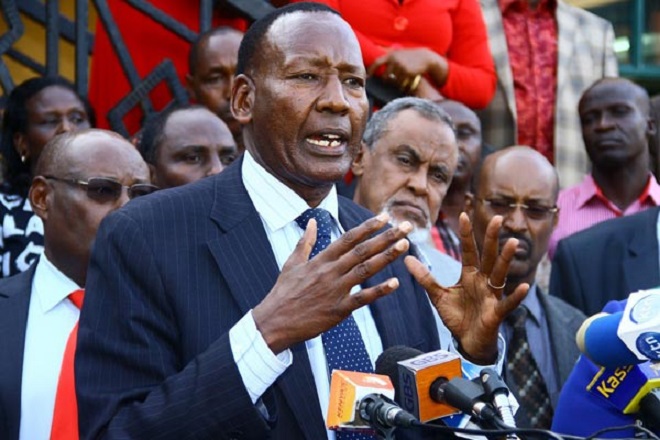 Kenya’s opposition leader Raila Odinga said on Sunday that his coalition will not share power, two days after the Supreme Court annulled last month’s presidential election and ordered a new poll within 60 days.

“We will not share power,” Odinga, speaking in Kiswahili outside a church in Nairobi, said. “We will not divide the loaf,” a well-known local reference to power.

The Supreme Court ruled on Friday that the election board had committed irregularities that rendered the Aug. 8 vote invalid and overturned incumbent President Uhuru Kenyatta’s victory, which had been by a margin of 1.4 million votes.

The ruling set up a new race between Kenyatta, 55, and veteran opponent Odinga, 72, and tension between the two camps has since been rising.

Odinga, who also contested the presidency in 2007 and 2013, repeated his statement after Friday’s court ruling that the opposition would not participate in the re-run of the election without changes to the election commission. On Friday he called for the commission to resign and face criminal prosecution.

Kenyatta insists the poll should be re-run with the current electoral board, while the opposition wants the board dismissed.

Though Kenyatta pledged to respect the court’s ruling he has, since Friday, referred to justices as “crooks”.