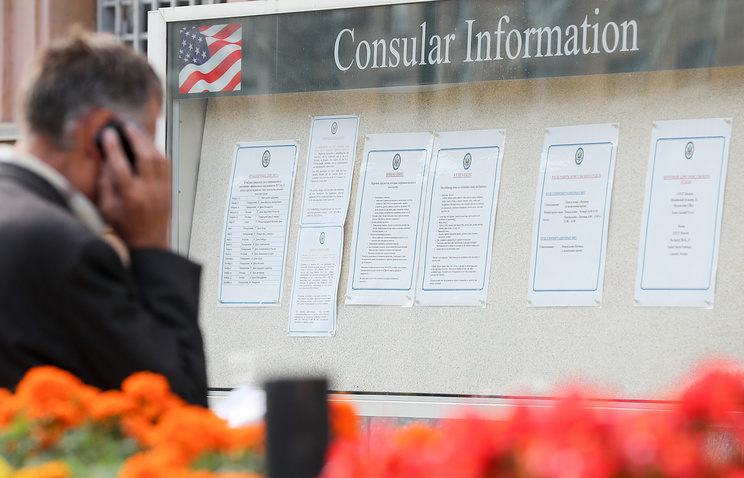 The US embassy in Russia has resumed nonimmigrant visa interviews, the embassy’s spokesperson Maria Olson told on Monday.

The US consulate staff remaining in Russia support American citizens and work on the full range of diplomatic issues, she went on.

Following the US Congress’s vote to impose new sanctions on Moscow, the Russian Foreign Ministry suggested that by September 1, Washington reduce the number of diplomatic and technical staff at the US embassy in Moscow, as well as at the consulates in St. Petersburg, Yekaterinburg and Vladivostok, in order to match the number of Russian staff working in the United States. It means that the total number of staff working in the US diplomatic offices in Russia has decreased to 455. Russian President Vladimir Putin said earlier in an interview with Rossiya 1 TV channel host Vladimir Solovyov that 755 diplomats and technical staff would have to finish their work in the US diplomatic facilities in Russia.

On August 21, the US embassy in Russia announced that "as a result of the Russian government’s personnel cap imposed on the US Mission, all nonimmigrant visa operations across Russia will be suspended beginning August 23, 2017." On September 1, visa operations resumed only in Moscow, while visa issuance in the US consulates in St. Petersburg, Yekaterinburg and Vladivostok remains suspended.