Erdogan: Meeting with Trump not currently on table 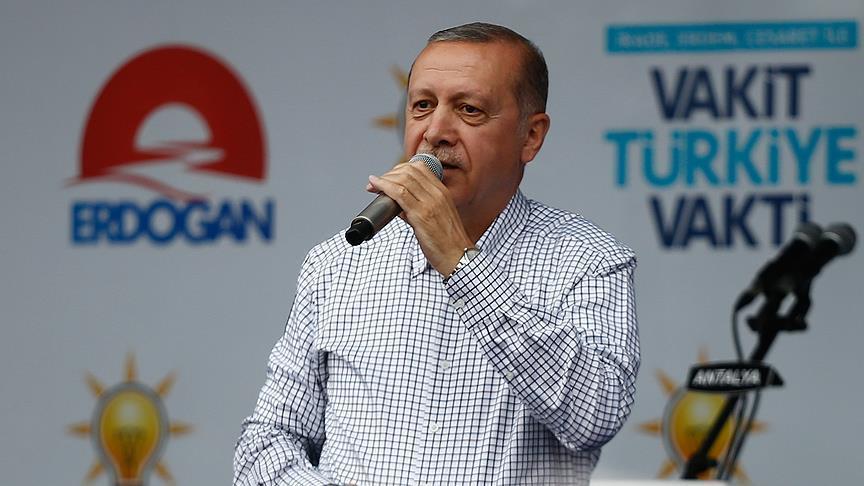 Turkish President Recep Tayyip Erdogan said on Sunday that meeting with his U.S. counterpart Donald Trump during the 73rd United Nations General Assembly meeting in New York next week is not currently on the table, Xinhua reports.

"If a demand comes from Washington, we will evaluate it," Erdogan said in Istanbul, prior to his departure for New York.

The relationship between the two NATO allies has significantly deteriorated in recent years over a series of rifts, including the continued detention of a U.S. pastor in Turkey.

Meanwhile, Ankara accused Washington of providing arms to the Kurdish militia in Syria.

Erdogan is expected to address the UN assembly on Tuesday.

"In my speech, I will underline humanitarian crises and call for solutions to these problems which have been deeply hurting hearts," the Turkish president said.

"I will, in particular, draw attention to developments in Syria," he said, noting the biggest issue for the future of Syria is the terror swamp expanding in the east of the Euphrates.