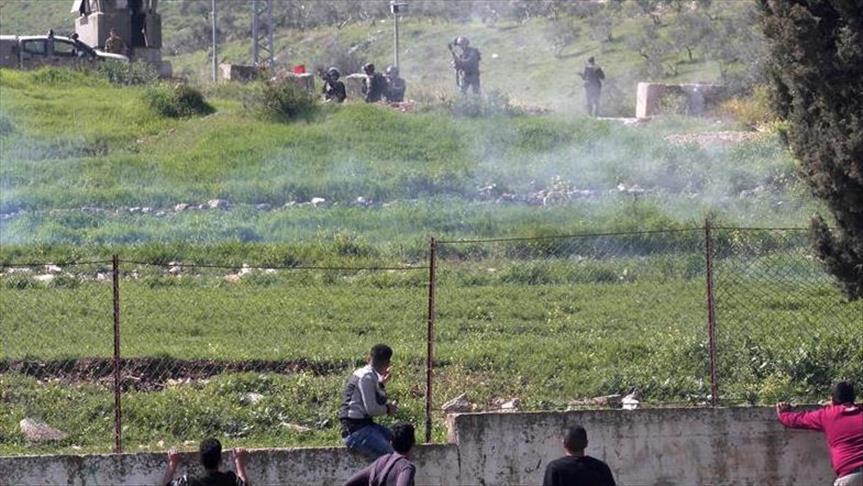 One Palestinian was injured and dozens suffered temporary asphyxiation during clashes with Israeli forces in the West Bank city of Nablus on Monday, the Health Ministry said.

Israeli soldiers fired rubber bullets and teargas canisters to disperse Palestinians, who gathered to protest a visit by Jewish settlers to "Joseph’s Tomb", a local shrine in the city.

In a statement, the ministry said one protester was slightly injured in the head by a rubber bullet.

Medics said dozens were affected by teargas fired by Israeli forces and were treated on the spot.

There was no comment from the Israeli military on the report.

The site, which Jews refer to as "Joseph's Tomb", has long been a flashpoint for violence.

Jews believe the site to be the burial place of the biblical patriarch Joseph. Muslims, however, challenge this claim, saying an Islamic cleric – Sheikh Yussef Dawiqat – was buried at the site two centuries ago.