US Vice President accused by 2 more women of rape 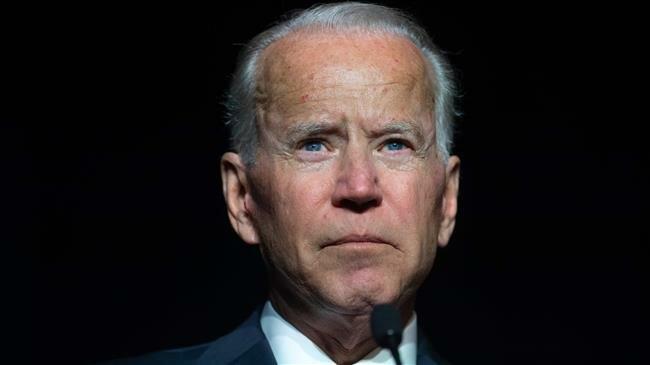 Two more women have accused former US Vice President Joe Biden of touching them inappropriately at events, bringing the total number of females who have complained publicly about the potential 2020 Democratic presidential candidate to four.

Axar.az reports citing Press TV that, the new allegations were reported by The New York Times on Tuesday. One of the alleged incidents took place in 2012, while the other encounter was said to have occurred a few years later.

In the 2012 incident, writer D.J. Hill said Biden put his hand on her shoulder, then dropped it down her back in a way that made her "very uncomfortable" while Hill and her husband posed for pictures with him at a fundraiser in Minneapolis.

Hill, 59, said her husband noticed the movement and intervened by cracking a joke and putting his hand on Biden's shoulder. "Only he knows his intent," she told the Times. "If something makes you feel uncomfortable, you have to feel able to say it."

In the second incident, former college student Caitlyn Caruso told the newspaper that Biden put his hand on her thigh, even as she twisted in her seat to show her discomfort, during an event on sexual assault in Las Vegas, Nevada.

Caruso, now 22, told the paper that she was 19 at the time and had just recounted her own story of sexual assault.

"It doesn’t even really cross your mind that such a person would dare perpetuate harm like that,” Caruso told the Times. "These are supposed to be people you can trust."

The string of accusations began after Lucy Flores, a former member of the Nevada state Legislature, accused Biden of "demeaning and disrespectful" behavior when he allegedly kissed the back of her head.

Biden has defended his interactions with women, saying he doesn't believe he's ever acted inappropriately as he scrambles to contain a quickly growing crisis for his planned election campaign.

The accusations have prompted some Democrats to question whether the 76-year-old is too out of step with his own party to run a successful 2020 presidential campaign.

Biden has drawn attention in the past for his intimate touching of political allies, their family members and even supporters he has just met — gestures that are seen as excessive to the point of creepy by some but viewed as harmless by his defenders.

He has had a reputation for awkwardly touching the wives, mothers or daughters of senators during swearing-in ceremonies, and he came under criticism for massaging the shoulders of then defense secretary Ash Carter's wife in 2015.

Biden was vice president under former US President Barack Obama and had a long career in the Senate before that. He had been expected to launch his Democratic presidential campaign this month and has led the large field of Democratic candidates in opinion polls.

US President Donald Trump made a few jokes about Biden on Tuesday, alluding to the allegations from the women.

In a speech to a fundraising dinner for the National Republican Congressional Committee in Washington, Trump told a story about wanting to kiss a US general who had promised an expedient end to America’s military campaign in Syria.

“I said, ‘General: come here and give me a kiss.’ I felt like Joe Biden,” Trump said, drawing laughter and applause.