Zelensky has chance to make history as peacemaker 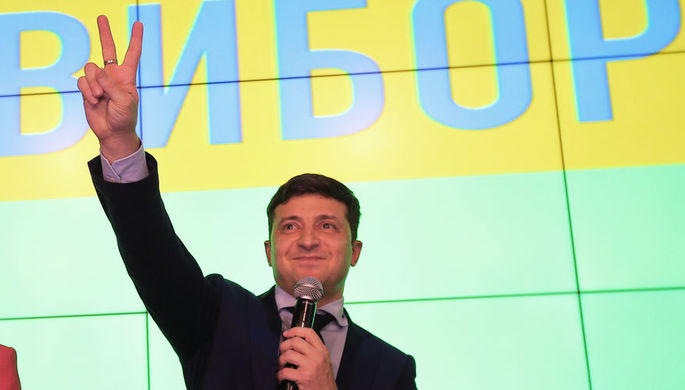 New Ukrainian President Vladimir Zelensky can go down in the history books as a peacemaker if he manages to settle the Donbass conflict, which he did not start, Chairman of the Russian Federation Council’s (upper house) Foreign Affairs Committee, Senator Konstantin Kosachev said on Monday.

"Zelensky truly has a unique opportunity to put an end to the war which he did not start and make Ukrainian history as a peacemaker. Because continuation or non-continuation of the fighting depends solely on the central Ukrainian authorities. He just needs to stop waging the war on his own people," Kosachev wrote on his official Facebook page.

He pointed out that it is simultaneously very easy, as one order from the Commander-in-Chief will suffice, and extremely difficult, as "they will be forced to give up the rhetoric of external aggression and so on, which spanned for many years." "However, it seems that for the sake of such a great goal, for the sake of saving lives in Donbass, this can be undertaken," he believes.

In general, the senator welcomed Zelensky’s statement calling the Donbass ceasefire his primary goal. "In any case, we are waiting for actions rather than words. And the long-suffering Donbass is waiting for them most of all," Kosachev clarified.

According to him, the Russian address of the new President to the people of Donbass and Crimea with the message that they "are not aliens for Ukraine" is also not enough to understand what will be coming next. "Fortunately, this is not pertinent to Crimea, but speaking of Donbass, the President’s words that "in all these years the authorities did nothing for them to feel that they are Ukrainians" are quite true," Kosachev underlined.

At the same time, the senator recalled that on April 25 Verkhovna Rada passed the law on provision of the functioning of the Ukrainian language as the state language, which will be discussed in the UN Security Council on May 20. "And when Zelensky theatrically saying that "not only territories should be returned, but also the people," then adopting laws that restrict their right to use their native language is not the best way to return them back under Ukrainian jurisdiction," Kosachev concluded.

On Monday, Vladimir Zelensky was sworn as the Ukrainian President during an official ceremony in Verkhovna Rada.