What is China doing in front of US? - Russian expert 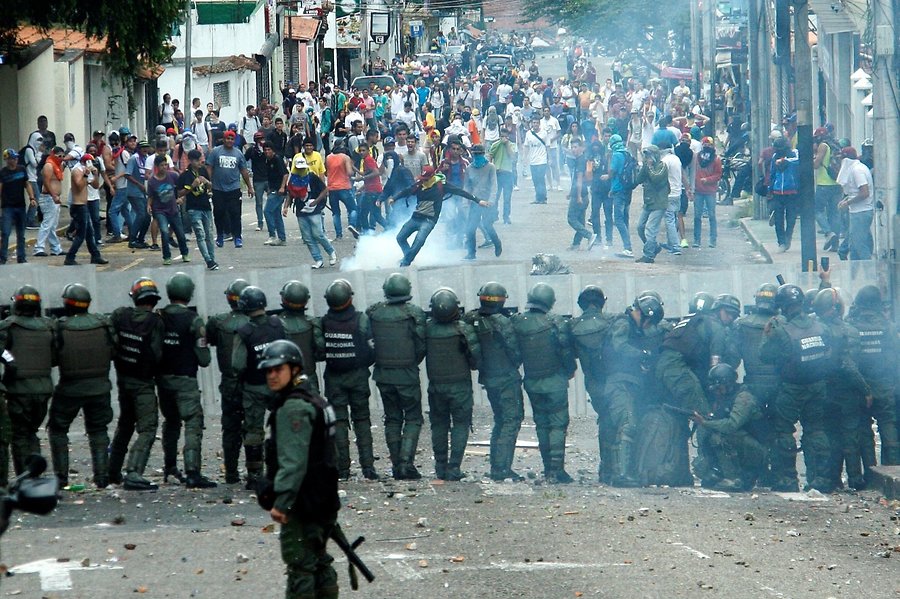 Official Beijing's policy on Venezuela is explained for political purposes. With supporting the Maduro government the main purpose here is to expand cooperation with Moscow, not with Washington.

Russian political scientist, expert on the East policy Yuri Moskalenko told this to Axar.az during his comment on China's supporting Maduro's government despite economic losses.

At the same time, China's energy security is an important issue, according to the expert:

"The increase in Venezuelan oil along the Pacific Ocean will allow China to reduce its oil transportation risks through Hormuz and Malacca straits. By the way, the situation on the Hormuz strait is getting hot every day. Therefore, China pays special attention to the safety and diversification of energy import channels. In addition, Venezuela possesses the world's largest discovered hydrocarbon reserves.

China has long been a major lender and investor for the Venezuelan regime. Gave a $ 83 billion loan to Venezuela. This is a bigger figure than Russian investment.

"The head of the parliament, who is under the control of the opposition, Guaido declared himself a provisional president of the state. Some of Western countries accepted him as a president.

In the first phase of the domestic political crisis in Venezuela Beijing pursued a calm and balanced policy. Unlike Russia, official Beijing did not just bet on Maduro, and began negotiations with various forces, including the opposition forces. Because at that time, the main problem for China was the civil war in Venezuela and the risk of full disintegration of the state. In this case Venezuela could not supply oil to China same amount as they did in past. However, Beijing's position changed later. On May 30, the deputy foreign minister of the People's Republic of China expressed that they are ready to develop cooperation with Russia to overcome the crisis in Venezuela."

According to the expert, Russia and China have similar interests in Venezuela conflict:

"Russia is in constant contact with Venezuela and is opposed to external interference in the domestic issues of the country. The Chinese side expressed readiness to take steps with Russia to strengthen multilateral co-operation and coordination in Venezuela.

This change in China's position may lead to an increase in trade wars with the United States. On May 10, 2019, the United States increased its taxes on Chinese products overall by $ 200 billion. After the increase in Chinese goods taxes, President Donald Trump announced his intentions to remove American manufacturers from the PRC.

In these conditions, China needs additional arguments in both economic and foreign policy areas for negotiations with the United States. In the background of this happening, the country with anti-American policy can be useful for China".