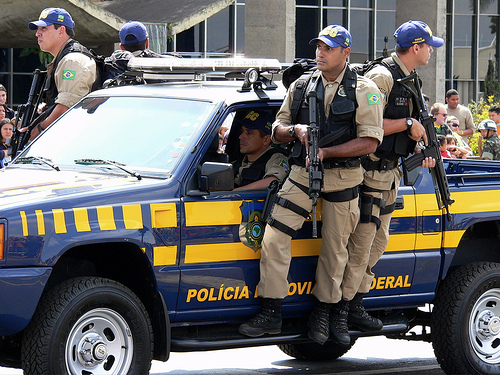 Brazilian police on Tuesday carried out a major operation against the First Capital Command (PCC) gang, in the latest attempt to try to hobble the country’s most powerful and sophisticated organized crime group.

Axar.az reports citing Reuters that Brazil’s federal police said in a statement it had executed 30 arrest warrants, with 180 officers taking part in the arrests. The operation is aimed at dismantling a PCC unit that helps manage the group’s finances.

Police also carried out 55 search warrants and blocked 400 bank accounts tied to the organization, which were used to buy weapons, drugs, and lodging for family members near jails where PCC members were imprisoned.

The PCC faction in charge of finances was based in a jail in the southern state of Parana, police said.