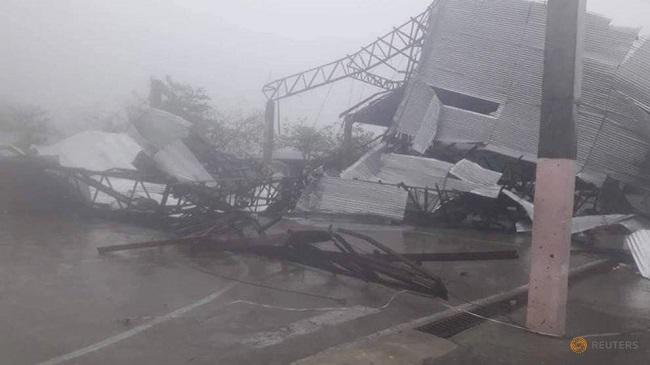 One of the most powerful typhoons to ever hit South Korea swept along the country’s coast over the weekend, toppling trees, grounding planes and causing at least three deaths before moving on to North Korea.

Axar.az reports citing ET that Typhoon Lingling knocked out power to more than 161,000 homes across South Korea, including on the southern island of Jeju, which was lashed by the storm overnight, the Ministry of the Interior and Safety said.

After hitting Jeju, the storm remained offshore as it moved up South Korea’s west coast before making landfall in North Korea in the afternoon.

A 75-year-old woman in the central South Korean town of Boryeong was killed after strong winds blew her off her feet and crashed her into a wall 30 meters (yards) away, the ministry said. A 39-year-old was killed in the western city of Incheon after being crushed by a collapsed wall at a hospital parking lot, while a 61-year-old Chinese national died in the border town of Paju after being hit by a blown-off roof tile.

South Korea’s government said at least 15 people were being treated for injuries, including an elderly couple from Boryeong who were injured after steel scaffolding collapsed on their home.

The safety ministry said the storm was moving north at 60 kilometers (37 miles) per hour as of 10 p.m. Sept. 7 while passing over North Korea. It had shrunk to a mid-strength typhoon with winds up to 29 meters (32 yards) per second, the ministry said.