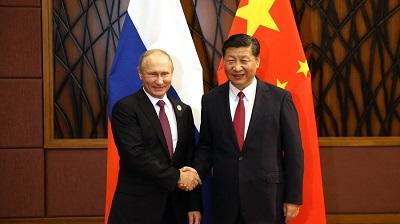 Russian President Vladimir Putin hopes to meet with Chinese leader Xi Jinping at the BRICS and Asia-Pacific Economic Cooperation (APEC) summits, set to take place in Latin America in November, as he himself said at a meeting with Chinese Prime Minister Li Keqiang.

"I hope I will have an opportunity to meet with the Chinese president on the sidelines of two big events, the BRICS and APEC summits, that will be held in Latin America in November," Putin said, asking Li Keqiang to convey his "best wishes" to the Chinese leader.