Turkey, US cooperated in al-Baghdadi killing 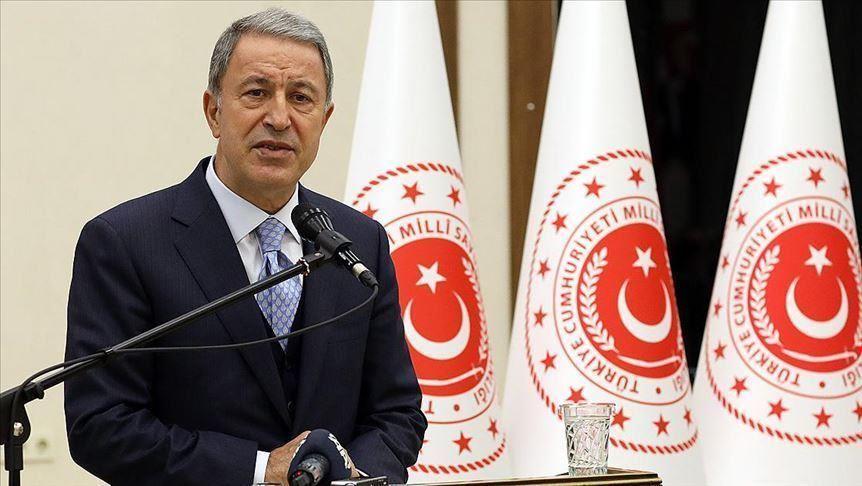 Daesh/ISIS leader Abu Bakr al-Baghdadi was killed with the military and intelligence cooperation between Turkey and the U.S., said the Turkish defense minister.

“We had some information military-to-military before the operation. At the same time, the military people coordinated among them. We wanted our troops not to cause any conflict,” Hulusi Akar told CNN on Wednesday.

"On the other hand, between our intel agencies there is very close cooperation, and I believe they cooperated and coordinated with the information as well,” he added.

Baghdadi, who was born in Iraq, blew himself up during an Oct. 26 raid by U.S. forces in Idlib, Syria.

Akar said the YPG/PKK terrorists didn't withdraw from northern Syria in violation of deals with the U.S. and Russia.

Turkey launched Operation Peace Spring on Oct. 9 to eliminate terrorists from northeastern Syria and create a safe zone along the border, thereby paving the way for the voluntary return of Syrian refugees.

Ankara agreed with Washington on Oct. 17 to pause its operation to allow YPG/PKK terrorists to withdraw from the planned safe zone.

On Oct. 22, Turkey also reached an agreement with Russia on a 10-point plan to force the YPG/PKK group to withdraw from the planned terror-free zone.