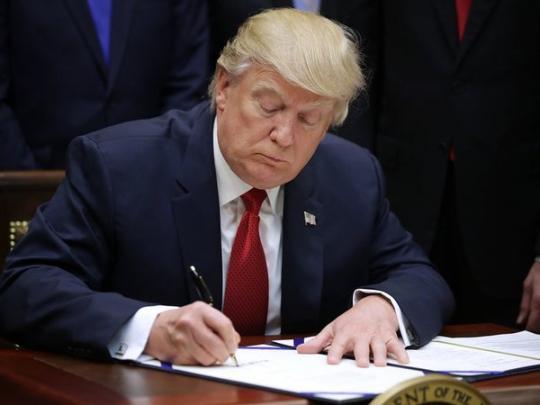 United States President Donald Trump signed Wednesday a law that expresses support for protestors in Hong Kong who say they want to curb how much Beijing is able to control their lives.

In a statement, the White House said Trump signed the legislation which requires annual reviews of Hong Kong’s special trade status and sanctions against any official responsible for human rights violations.

“I signed these bills out of respect for President Xi, China, and the people of Hong Kong,” said the statement, referencing one other bill Trump signed and Chinese leader Xi Jinping.

“They are being enacted in the hope that leaders and representatives of China and Hong Kong will be able to amicably settle their differences leading to long term peace and prosperity for all.”

The legislation was cleared Nov. 20 in the U.S. House of Representatives after passing through the Senate without opposition. The levels of support for the bill made it difficult for Trump to use his veto.

Marco Rubio, chairman of the Senate Foreign Relations Committee, and other Republican lawmakers, quickly announced support for Trump, saying the bill would bolster the cause for democracy in Hong Kong.

“The U.S. now has new and meaningful tools to deter further influence and interference from Beijing into Hong Kong’s internal affairs,” Rubio said in a statement. “Following last weekend’s historic elections in Hong Kong that included record turnout, this new law could not be more timely in showing strong U.S. support for Hong Kongers’ long-cherished freedoms. I look forward to continuing to work with the administration to implement this law.”