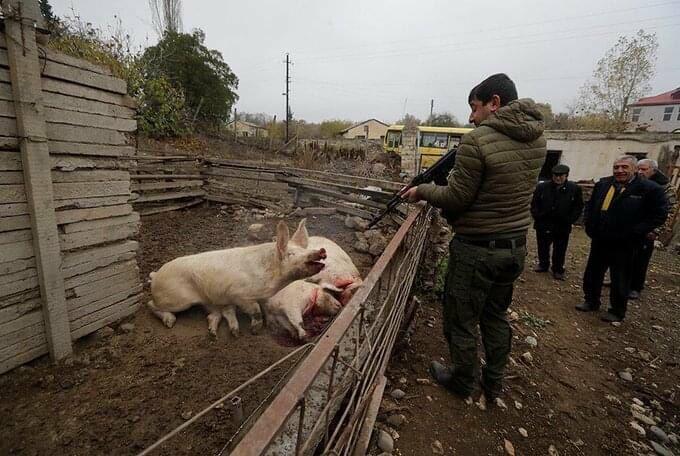 According to the provisions of the statement agreed between the leaders of the three countries, the Armenian army and the Armenian population must leave the Lachin region of Azerbaijan by December 1 this year.

Axar.az reports that in Lachin, as in Kalbajar and Aghdam districts, Armenians set fire to houses after removing their belongings. They also make the surrounding areas unusable.

The occupying Armenians even kill animals they cannot take with them.