"NK conflict is threat to security in South Caucasus" 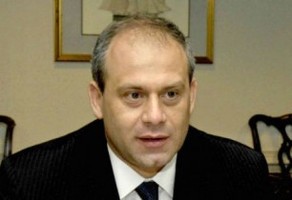 The Nagorno Karabakh conflict is a threat to security and stability in the South Caucasus. According to the Georgian media, it was stated by the ex-Minister of Defense of Georgia, chairman of the Atlantic Council of Georgia Vasil Sikharulidze.

He noted that more than 20 years Karabakh conflict impedes the development of regional co-operation and have a negative effect on the development of all the countries of the South Caucasus. Therefore Sikharulidze convinced that the peaceful resolution of the conflict will be of vital importance not only for Armenia and Azerbaijan, and Georgia.

"I hope that the conflict will not escalate in the future.It is not based on the interests of any of the South Caucasian countries and can have a devastating effect on the region's development. I also believe that a peaceful, political solution to the conflict can be found through the efforts of both sides and the international community ", - Sikharulidze said.

Commenting on the military cooperation between Georgia, Turkey and Azerbaijan, he said that it is not directed against Armenia.